Hit by a Cement or Concrete Truck in South Carolina?

Hit by a Cement or Concrete Truck in South Carolina? 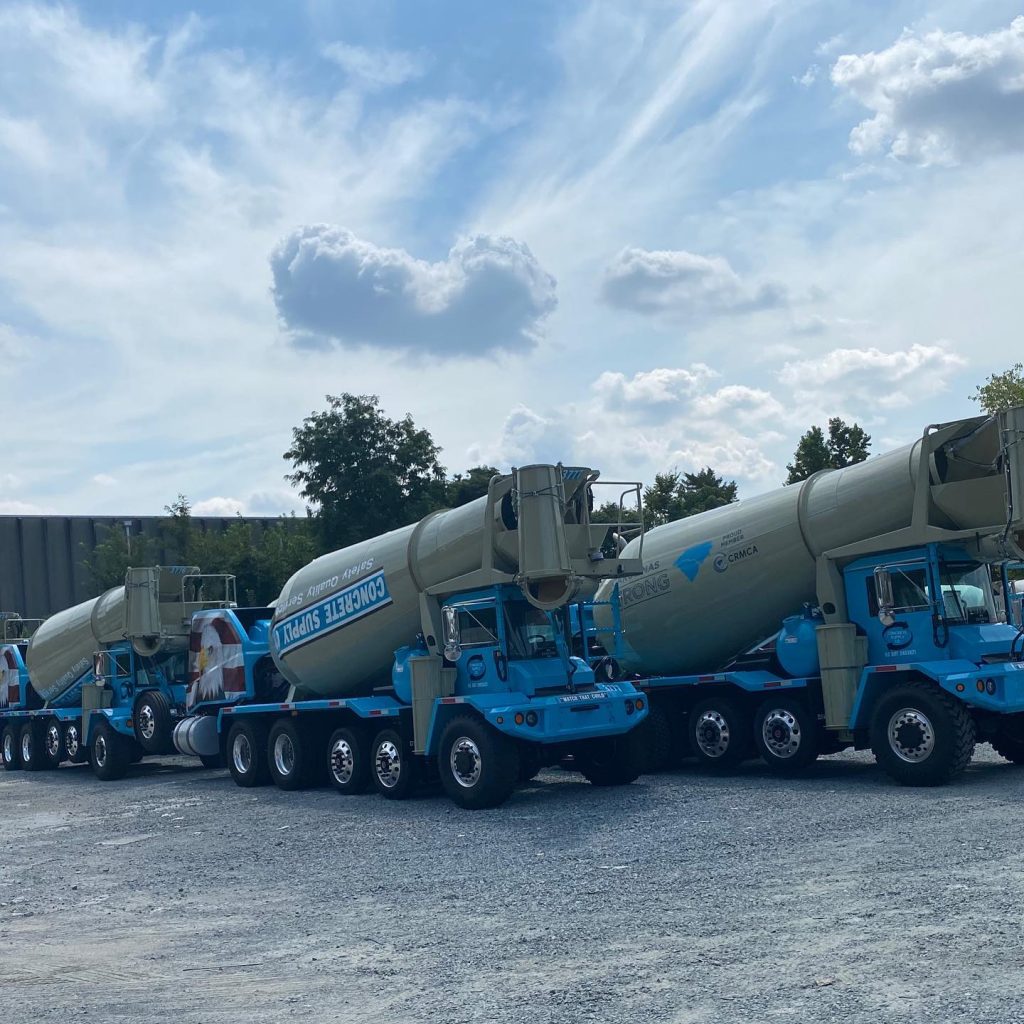 Have you or a loved one been hit by a Concrete or Cement Truck in South Carolina?  Being hit by a large commercial truck, such as a concrete or cement truck, can result in serious injuries or death.  The size and shape of concrete trucks can result in greater property damage and more significant bodily injuries than what is typically expected from a motor vehicle collision involving only passenger cars.  A typical concrete truck has wheels and tires larger and is higher off the ground than most eighteen-wheelers on the highway.  The front of these trucks do not have “bumpers” to absorb an impact. Instead, the front is made of heavy steel that does not bend or break.   On average, these type trucks weight nearly 35,000 lbs unloaded, and can weight unto 80,000 lbs if fully loaded with concrete or cement.

Our law firm as a proven track record of success representing victims of motor vehicle collisions caused by concrete or cement trucks in South Carolina.  We have recovered tens of millions of dollars for injured victims from negligent operation of commercial vehicles.  In fact, our firm has never lost a case against any company that operates these type of large trucks on the road.  If we cannot secure you the settlement out of court that you deserve, we know how to fight to secure your financial compensation in court.  If you or a loved one was a victim of a collision that was caused by one of these large trucks, please contact us today for a free no obligation consultation.

A Proven Track Record of Success In Concrete Truck Collisions

Our are proud of our success in court against concrete companies for collisions they cause on the roads and highways of South Carolina.  It is important to hire a law firm with the experience and resources to fight for the most compensation possible under the law. Below is a recent verdict in 2022 against Concrete Supply Co., LLC for the injuries its driver caused to our client.

The case against Concrete Supply Co., LLC was based on allegations of driver negligence and reckless driving.  The driver of the concrete truck was distracted and not paying attention to the road ahead of him when he struck the rear of Mr. O’Neal’s four door sedan while he was stopped at a red light.  Immediately after the impact, Mr. O’Neal felt pain in his neck and back and was disoriented.  He was transported from the collision by Lexington County EMS to Lexington Medical Center for evaluation and treatment.

The pain he experienced in his neck and back continued to worsen in the days and weeks that followed the collision.  He was examined by his family doctor and proceeded to undergo therapy with a chiropractor in an effort to alleviate the pain and discomfort.  The chiropractor was concerned that Mr. O’Neal sustained an injury to the disks in his cervical and lumbar spine, such as a disc herniation or disc bulge injury, and ordered and MRI.  The MRI revealed a disc injury to his neck and back that was causing portions of the disc to impinge on the nerve roots.  Based on this injury, Mr. O’Neal sought treatment from a spinal specialist who determined that the disc herniations found on the MRI resulted from, or caused to be symptomatic by, the trauma of this collision.

Unfortunately, Concrete Supply  denied responsibility for causing this collision and disputed the nature and extent of Mr. O’Neal neck and back injuries.  Instead of paying for his medical care and compensating him for his injuries, Concrete Supply forced him to try the case to a jury verdict.  In court, Concrete Supply claimed that this was just a “minor impact” resulting in “soft tissue injuries that should have healed in a week or two.” Concrete Supply hired an accident reconstruction expert and a physician to provide expert testimony in court in an effort to convince the jury that this was a “minor collision.”  These hired experts by Concrete Supply offered testimony that this collision only resulted in a 7 mph impact.  The defense-friendly hired expert physician concluded said that Mr. O’Neal sustained nothing more than a minor “grade 1” back strain.

Concrete Supply told the jury in closing arguments to only award the victim $10,500 in damages, and claimed it was just a simple collision. The jury completely disagreed with the concrete company and its team of lawyers.  On the verdict form, the jury determined by clear and convincing evidence that the driver was reckless and grossly negligent, resulting in an award of both actual and punitive damages.  The jury also determined that Mr. O’Neal was, in fact, significantly injured from this collision.  He was awarded our client $575,000.00 in actual damages and $25,000.00 in punitive damages, for a total verdict of $600,000.00. This case was tried by Robert Goings and Chris Paschal of the Goings Law Firm, LLC.  We are honored to represent victims of negligent drivers, even on the hard cases when large corporations, wealthy businesses, or their insurance companies offer next to nothing to settle before going to court.

Here are the photographs taken from the collision scene: 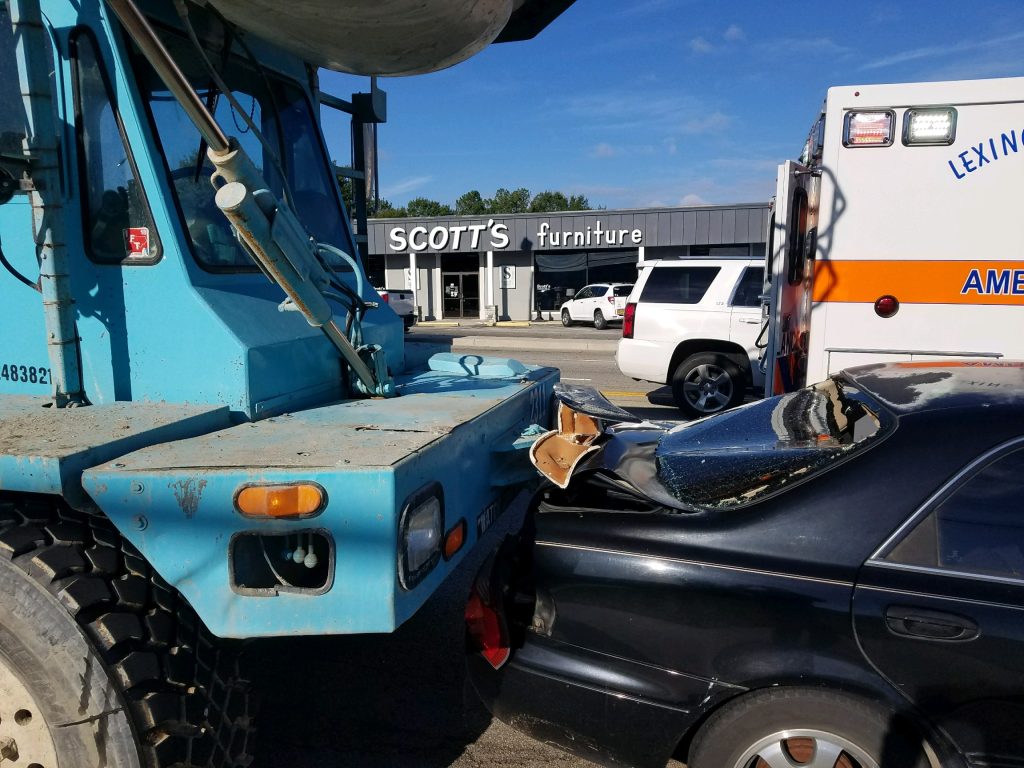 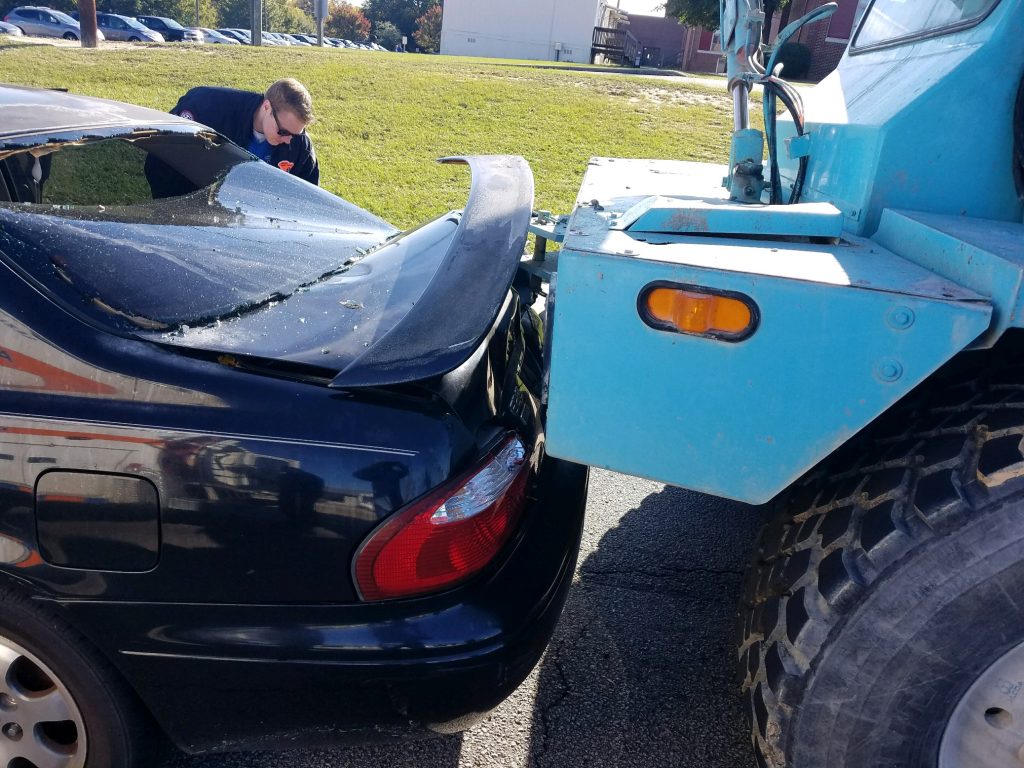