Thousands of laptop batteries are affected by a broadened recall issued by Japanese-based company Toshiba over concerns that the batteries could emit excessive heat that may lead to fire and burn injuries, a report of cpsc.com stated on January 4.

In March last year, the company had recalled 93,000 units of battery packs used in 41 models of their laptops; they added an estimated 83,000 battery units in their recall early this year. Reports revealed that the possibly faulty laptop batteries, that were also shipped in Canada and in Mexico, have drawn complaints of melting due to overheating. None of the five overheating incidents included a report of injuries. Consumers who are affected by the recall should notify Toshiba through their official website to get instructions on how to get a free battery replacement. While waiting for the free battery, consumers can continue to use their laptops by removing the battery and plugging them into electrical outlets using the dedicated power cord.

The Columbia attorneys of Goings Law Firm, LLC understand that incidents such as this often translate to serious injuries to consumers. If you or a loved one have been injured by a defective product, we may possibly help you get compensations from negligent parties. Call them today at (803) 350-9230 to begin taking your legal action against negligent parties.

Millions of Samsung washing machines that could malfunction recalled

A November 4 article by the U.S. Consumer Product Safety Commission (CPSC) revealed that 2.8 million top-load washing machines are being recalled by Samsung due to a defect that could cause injuries to consumers.

Consumers are at high risk of suffering serious injuries when the products they use malfunction. However, if you are the victim of a defective product, a Columbia attorney at the Goings Law Firm, LLC may be able to help you obtain the compensations you need for a fast recovery. Call us today at (803) 350-9230 to begin taking your legal action against negligent companies.

Approximately 2,000 cases of Blue Bell Creameries products are being recalled in the U.S. due to possible contamination of hazardous listeria bacteria.

Potentially contaminated cookie dough was used in products distributed to eleven states, including Alabama and South Carolina. Aspen Hills, Inc. supplied the cookie dough, and has confirmed the possibility of bacterial contamination, and has issued a recall in connection to the recall issued by Blue Bell. Children and individuals who have a very weak immune system are at high risk of sustaining severe illness that could also be fatal. There were no incidents of illnesses or injuries that were linked to the recalled ice cream products.

The product liability attorneys at Goings Law Firm, LLC represent families in Columbia who have been negatively affected by consuming contaminated food products. Call our office today at (803) 350-9230 to learn more about your legal options.

A Massachusetts-based company issued a recall on August 10 that covers an estimated 1,200 units of “whiskey glass and stone” due to a defect that could result in injuries to consumers, an article of the cpsc.gov reported.

Reports said the sets of “Whiskey Glass and Stone” made by Dennis East International may suddenly break during use. If the problem happens, consumers are at a high risk of sustaining laceration injuries. Though the recalling company and federal authorities have not received any complaints of injuries involving the affected products, they were notified of at least two incidents in which the glasses suddenly broke apart. The 16 oz glasses were made in China and every set has a black cloth bag containing four chilling stones. Consumers should refrain from using the glasses and notify the recalling company to get their money back. Some of the whiskey glasses were sold in Canada.

Unfortunately, many people suffer serious injuries as a result of using defective products. However, if you were hurt by a defective product in Columbia, an attorney at the Goings Law Firm, LLC may represent you. Call our office today at (803) 350-9230 to begin taking legal action against negligent parties.

A Washington-based company issued a recall on July 19 for thousands of colorful “kids’ insulated water bottles” due to risks that it may contain excessive levels of toxic lead, an article of cpsc.gov reported.

Reports said GSI Outdoors, Inc. is recalling the 13.5oz insulated bottles sold at LL Bean stores. The bottles bearing the prints “Flower Power,” “Dino Bones,” “Robo Shark,” “Purple Tie Dye Butterfly,” and “Orange Grid camo” reportedly have an exterior bottom that can cause harm to children due to high levels of lead. Accidental ingestion of lead may result in serious health problems mostly to children. The recalling company and the CPSC are not aware of any injuries or health issues complaints involving the recalled bottles. GSI will address the problem by refunding the $20 of consumers who have bought the bottles with toxic lead.

Children suffer serious illnesses when the products they use contain toxic chemicals like lead. If you or a loved one has been harmed by defective products in the market, working with a skilled attorney is important for your to possibly get compensations you need for treatment. Call an attorney of the Goings Law Firm, LLC today in Columbia at (803) 350-9230 to begin taking your legal action against negligent manufacturers.

Thousands of Auldey toys with fire risk recalled in the U.S.

A Quincy, Massachusetts-based company has issued a voluntary recall on approximately 325,000 units of remote controlled toys sold nationwide due to fire risks that can cause injuries, cpsc.gov reported on June 10.

The recall covers the “Aero Cruz Sky Rover” and “Aero Spin” flying toys made by Auldey. The affected remote-controlled flying toys are equipped with a faulty USB cable used for for charging. Consumers are at high risk of sustaining burn injuries if the charging cable emits too much heat or catches fire. Though Auldey Toys North America did not receive any injury reports before issuing the recall, there were 35 complaints received regarding overheating USB cords. Consumers were advised to immediately notify the recalling company to get a new USB cord for free.

Children, unfortunately, are at high risk of sustaining serious burn injuries when their toys have a dangerous defect. If you think that your loved one has been injured as a result of using a recalled toy in Columbia, an attorney at the Goings Law Firm, LLC may be able to work for you. Call us at (803) 350-9230 to begin your legal action against negligent parties. 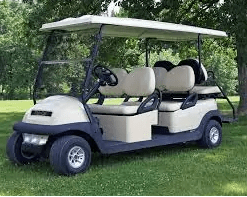 In the early morning hours of April 20, 2014, a house firebroke out in a three-story beach house in Garden City, South Carolina. A South Carolina family from Lamar, SC was vacationing for the week at the beach house. The family also rented a golf cart from Woody’s Beach Rentals to use for the week. The golf cart, a Club Car, was plugged-in to a wall outlet under the house in the covered garage. There were four children staying in the house with their parents. The parents were able to wake-up the children and get them out of the house. The parents did not survive the fire. Now, news sources report that a products liability suit has been brought against Club Car, LLC, the manufacturer of the golf cart for causing the fire.

Products Liability accidents like this one happen far to often in South Carolina. The impact that a dangerous or defective product can have on a person’s life can be devastating. However, a product liability claim can help to alleviate some of the challenges that victims may be facing. If you have suffered injuries resulting from a dangerous or defective product, our attorneys at the Goings Law Firm, LLC, believe that you shouldn’t have to deal with the consequences on your own. Fortunately, with our help, you may be able to hold the manufacturer liable for their actions and get the compensation you need to begin recovering and moving on with your life. Call us at (803) 350-9230 today.

Macy’s recalls 121K frying pans in the US

The 8-inch and 10-inch frying pans included in the cookware sets sold from 2011 to 2015 have circular metal pieces covering the rivets that secure the handle in place. These metal pieces may come off and launch suddenly at the user, causing burns and bruises. Macy’s and federal authorities are aware of even incidents, three of which involved minor injuries. Only the frying pans are being recalled and consumers may still use other pieces included in the set. Consumers who have bought the cookware set are advised to stop use and return the items for a refund.

Far too many families suffer serious injuries or significant property damage as a result of defective products in Columbia. That’s why the legal team at the Goings Law Firm, LLC represents victims of such negligent manufacturers in pursuit of compensation. If you are recovering from this type of accident, call (803) 350-9230 to learn more about your options.

At least 90,000 Tesla vehicles will be inspected in a voluntary recall to address a possible seatbelt malfunction that may cause further injuries to occupants, an article of USA Today reported on November 20.

According to reports, Tesla Motors will inspect all of their Model S sedans to determine if any have a suspected seat belt defect that may fail to protect passengers in the event of a collision. Though there were no injuries or collisions reported, the issue was detected after one owner of the affected vehicle in Europe notified Tesla of the problem. While Tesla has yet to find any issue in the 3,000 vehicles they examined so far, they will conduct free inspections and offer repairs to all vehicles covered in the recall.

The lawyers of the Goings Law Firm, LLC understand that many families in Columbia have to deal with great financial loss after suffering injuries in accidents. We want you to know that we are here to help you recover compensation for any injuries or damage you suffer as a result of a defective product. Call our offices at (803) 350-9230 today to discuss your case and learn how we can help you.

Approximately 34,000 units of child bike trailers sold by Burley Design LLC are being recalled in the U.S. after two children reportedly suffered injuries.

Reports said at least seven models of the child bicycle trailers made from 2009-2015 are equipped with black “tow bar receivers” made of plastic that may suddenly detach. When the problem occurs, the child inside the carriage is at high risk of suffering injuries. Two of the thirty-five incidents of detaching bike trailers resulted in minor injuries. Owners of the affected products are advised to refrain from using the bike trailers while waiting for the free repair kit provided by the recalling company.

Unfortunately, many families have to deal with costly medical treatment after their children suffer injuries in these types of accidents. Victims of defective products should be aware that the legal team at Goings Law Firm, LLC is prepared to help pursue personal injury claims against negligent manufacturers. Call our Columbia office today at (803) 350-9230 to learn more.