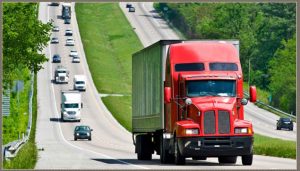 Large commercial vehicles, like tractor-trailers, are the largest vehicles traveling on road today. Because trucks are so large, they pose a significant safety concern, as accidents involving tractor-trailers can often be catastrophic. Safety is such a big concern that the government has an entire agency dedicated to monitoring and regulating the safe operation of large commercial vehicles. The Federal Motor Carrier Safety Administration (FMCSA) gives ratings to trucking companies who operate commercial vehicles, to determine whether they are in compliance with all safety regulations. If a commercial trucking company develops a poor safety rating, the FMCSA could impose penalties and even shut down a company if there are too many violations.

The problem with chameleon carriers

A “chameleon carrier” is a trucking company that re-registers with the U.S. Department of Transportation to avoid liability or problems with their safety ratings. Often times these “new” companies have the same office, same officers, and same drivers, but they are registered under a new name. This makes it easier for a trucking company to employ drivers with poor safety records. If a company has fines, they can simply close down and open under a new name. These are “fly by night” trucking operations that put the lives of people at risk on serious injury and death every day.

A 2012 report from the Government Accountability Office (GAO) indicates only 2% of new transportation companies were screened to determine if they are a chameleon carrier. The GAO report also reveals that there is an 18% likelihood of a “chameleon carrier” being involved in severe accidents.

These chameleon carriers who slip under the radar could be employing drivers who have a history of drug abuse or other safety issues. In a recent case, it was discovered that one of these chameleon carriers was employing a driver who had a criminal history of marijuana and methamphetamine. The driver admitted to being under the influence of intoxicants at the time that he caused a 2008 accident that killed another truck driver. The owner of the company also admitted to creating a chameleon company in order to avoid regulations.

If you or a loved one has been injured in a trucking accident, contact the Goings Law Firm, LLC today!

The problem with chameleon carriers is one of the reasons why it is important to hire an experienced trucking litigation attorney as soon as possible after an accident.  Our Personal Injury Lawyers help prevent injuries and deaths as a result of trucking accidents by seeking damages for the reckless and negligent conduct of other drivers.  If you or a loved one has been injured or killed in a truck accident, we will work to secure the financial compensation that you deserve.  Please call Robert F. Goings of the Goings Law Firm, LLC at (803) 350-9230 for a free case evaluation.

To learn more about Chameleon Carriers, check out this video below: