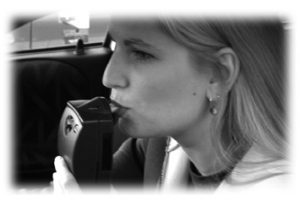 On April 9, 2014, the South Carolina General Assembly passed a state law, referred to as “Emma’s Law,” to create more protection against driving under the influence.  This law is aimed at providing tougher punishment for intoxicated drivers to current South Carolina DUI laws.  While there are several facets of this new law, one of the major changes is the implementation of a statewide Ignition Interlock program.  This law relies on technology to punish, deter, and prevent drunk driving.

Here are some frequently asked questions you may have about Emma’s Law:

What are the effects of Emma’s Law?

What is an ignition interlock device?

Why is the law called “Emma’s Law”?

When does the law take effect?

The Goings Law Firm, LLC fully supports any efforts to reduce motor vehicle accidents caused by the recklessness of a drunk or impaired driver.  We hope that Emma’s Law will help to decrease the amount of DUI related accidents that happen on the roadways.  Personal injury attorneys help to deter DUI and alcohol related accidents but seeking punitive damages for the victims of these unfortunate accidents.  If you or a loved one has been injured in an accident involving a drunk driver, please contact us today by calling (803) 350-9230.