A state officer in South Carolina recently suffered injuries after his service vehicle was involved in an accident, a January 16 article of Fox 57 reported.

Information coming from the Greenville County Sheriffs’ deputies revealed a vehicular mishap involving a patrol vehicle happened along I-85 on January 14. The patrol vehicle with one occupant was parked at the side of the northbound lane and was struck by a vehicle that veered off the road. The officer involved, whose name was withheld, received medical treatment and was later discharged, authorities said. Authorities identified the vehicle driver who caused the collision as Amber Faye Hamilton, 23. She was charged with DUI and marijuana possession the day after the incident.

The attorneys at Goings Law Firm, LLC in Columbia understand that individuals who have suffered injuries while in the line of duty often have to deal with financial issues because they need to stop working to recover. However, if you are in such a situation, we may be able to offer you legal assistance to help you obtain the workers’ compensation benefits you need for recovery. Find out how we may represent you today by calling (803) 350-9230.

A driver in Rock Hill, South Carolina was recently taken into custody due to the suspicion he was intoxicated behind the wheel, an article of wbtv.com reported on November 16.

According to reports, Patrick David Butler was stopped by police on November 14 after they spotted him driving erratically while navigating a curb in the 500 block of Heckle Boulevard. One of the officers noted Butler spraying a body spray into his mouth. Butler later told police he had consumed a significant amount of alcohol in Columbia shortly before he was stopped. He was taken into custody after he registered a 0.13 percent BAC and failed the sobriety test given to him.

Though no one suffered injuries in the recent DUI arrest, the lawyers at the Goings Law Firm, LLC understand many people in Columbia have been victims of drunken driving accidents and have to deal with a great financial loss. If a drunk driver caused you harm, call us today at (803) 350-9230 to find out how we could help you obtain compensations from negligent parties.

At least six people were recently transported to a hospital in Rock Hill after they were involved in a three-vehicle accident, an article of The Blade reported on September 8.

Information coming from Rock Hill authorities revealed that on September 7, authorities were chasing a vehicle that later struck two other vehicles at an intersection. Authorities apprehended the man, whose name was withheld, after he tried to leave the crash scene on foot. Police Captain Mark Bollinger confirmed the number of hospitalized individuals. However, he did not release any further details of the crash that momentarily blocked the intersection. The severity of the injuries sustained by those involved in the crash was unknown as of reporting.

The personal injury lawyers at the Goings Law Firm, LLC advocate for Columbia individuals who were injured in car accidents caused by negligent drivers. If you believe this happened to you, we may be able to help you obtain the compensations you need for a fast recovery. Begin taking your legal action against negligent parties today by calling (803) 350-9230. 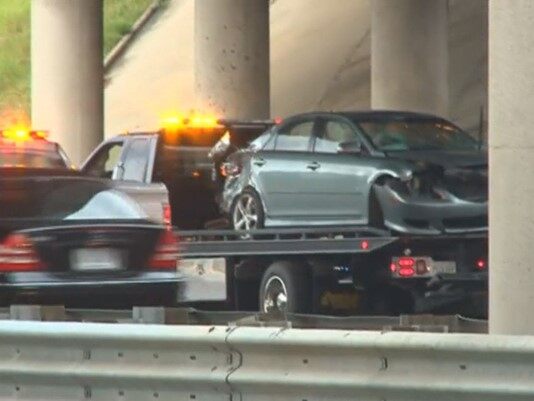 Five students aboard a school bus in Columbia sustained injuries after an accident was caused by a reckless driver, an article of News 2 reported on April 5.

According to reports, before 8:00 a.m. on April 4, a school bus containing 24 students was struck by a pickup truck. The accident reportedly happened after the pickup driver, whose name was not released, veered into the lane of the school bus in an attempt to make a left turn. Officials from the Lexington Richland School District confirmed that five students were hospitalized after sustaining bruise or bump injuries in the incident. Lexington County authorities said that the pickup driver, who is expected to be charged for failing to yield the right of way, was also treated for injuries.

Unfortunately, many children are left injured or permanently disabled after sustaining injuries in roadway accidents. If your child has been injured by a careless or reckless driver, we want to help you understand your legal rights and fight for justice. Learn more about how the attorneys at the Goings Law Firm, LLC can work on your behalf today by calling (803) 350-9230.

One man was recently killed in an accident involving a tractor and a box truck on the morning of November 6th in New Holland.

According to reports, 68-year-old George W. Kirkland was test driving his tractor at around 10:30 in the morning on New Holland Road after making several repairs to the vehicle. While driving north along the road, Kirkland’s tractor was struck by a 2010 box truck from behind. The truck was operated by Tramell G. Wagner and registered to a company named Carolina International, a shipping truck dealer out of Georgetown, South Carolina.

Aiken County Coroner Tim Carlton stated that the tractor driver was taken to the Aiken Regional Medical Centers after the accident where he was pronounced dead due to multiple bodily traumas.

Greenwood mayor David Welborn Adams was recently arrested after authorities accused him of operating a vehicle while under the influence, an article from wistv.com reported on September 20.

On September 19, authorities from the South Carolina Highway Patrol arrested the 49-year-old mayor on Edgefield Street. Mayor Adams was reportedly at a safety checkpoint when he was approached by troopers. Authorities subjected Adams to a field sobriety test after observing he had a strong smell of alcohol. Adams was later taken into Greenwood County Detention facility and a DUI charge was filed against him. Though troopers said Adams had a 0.09 percent blood alcohol level, the mayor insisted that he was not impaired and he is waiting for his blood test results.

Fortunately, no one was reportedly hurt in this recent DUI arrest. However, if you believe that you were injured in an accident caused by a drunk driver in Columbia, a lawyer from the Goings Law Firm, LLC may represent you. Find out how we may possibly help you get your much needed treatment funds from negligent parties today by calling (803) 350-9230.

One individual was killed and two others suffered injuries from a recent pitbull attack that took place in Spartanburg, South Carolina, an article of CBS News reported on August 24.

Rusty Clevenger of the Spartanburg County Coroner Office confirmed that on August 23 a 25-year-old woman died due to severe dog bites on her head and body. Witnesses claimed that the victim was attacked by a pitbull. Authorities also confirmed that two of her relatives suffered injuries from the attack. The victims’ identities are being withheld. Spartanburg Animal Control has euthanized the pitbull that attacked these individuals. The dog was also tested for rabies after it was put down.

The deepest thoughts of the lawyers at Goings Law Firm, LLC, in Columbia go to the family and friends who are mourning in the recent loss of their loved one.

The recent death of a 2-year-old boy and the sickness of eight others has been linked to a South Carolina daycare facility suspected of E. coli contamination, NY Daily News reported on June 10.

“Learning Vine” daycare center in Greenwood is being probed by the South Carolina Department of Health and Environmental Control after Myles Mayfield died on May 31. County officials later revealed that Mayfield died from a serious infection related to E. coli bacteria. Laboratory tests showed that the eight sickened individuals were all found positive for E. coli infection. Children are at high risk of serious illnesses after being exposed to E. coli bacteria. The daycare was temporarily shut down due to an ongoing investigation as well as professional cleaning.

Working with a skilled personal injury team is important if you believe that negligent property owners are responsible for the injury or loss of your loved one. Contact the Columbia lawyers of Goings Law Firm, LLC today at (803) 350-9230 to file a claim against the accountable party.