On October 29 around 5:00 in the morning, Vincent Omear Thomas, 33, was killed when another car drove off of the road and slammed into two other cars. The car that ran off the road was driven by Kyeon Glover, 19, who was charged with DUI involving death.

The accident happened near McLeod Hospital at East Cheves and South Church Streets in Florence, S.C. Authorities report that when the accident occurred, Glover was in a high-speed chase with police because Glover fled the scene of a domestic dispute. In addition to his felony DUI charge, Glover was charged with simple possession of marijuana, failure to stop for blue lights, burglary first degree, assault and battery first degree, assault and battery second degree, possession of a weapon in a violent crime and discharging of a firearm in city limits.

The victim, Thomas has served in the S.C. National Guard since 1998, including one tour of duty in Afghanistan.

This is truly a tragic incident, and our deepest sympathies and condolences go out to all friends and family members affected by this accident. While the law imposes criminal penalties against utterly reckless and avoidable acts like drinking and driving, there are sometimes civil remedies available to victims and their families. Though nothing can undo the pain that you have already faced in a drunk driving accident, with the help of the Columbia legal team at the Goings Law Firm, LLC, you may be able to secure compensation that will help you move forward. Our drunk driving accidents lawyers are ready to handle your specific situation today. Call our Columbia offices at (803) 350-9230.

The drunk driver involved in an accident that seriously injured a teenager in South Carolina recently pleaded guilty to felony DUI, an article on manninglive.com reported October 20.

Reports said Clarence Vaughn, 49, was sentenced to six years imprisonment for seriously injuring the then 16-year-old Brittani Steen in January of 2012. Steen had to undergo surgery after sustaining a collarbone fracture, broken legs, and possible injuries of the liver and spleen. Vaughn will additionally be prohibited from drinking alcohol for the three years of probation he must serve after completing his jail term.

People who are injured in car accidents caused by drunk drivers are sometimes devastated for a long time after the incident. However, if you are in such a situation, an experienced personal injury lawyer may help you pursue irresponsible drivers in order to secure the financial aid you need to recover. Find out how the Columbia-based lawyers at Goings Law Firm, LLC may work for you today by calling (803) 350-9230. 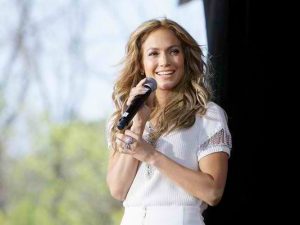 Olympic gold medalist swimmer Michael Phelps was arrested in Baltimore for driving a vehicle under the influence (DUI), NBC Washington reported on October 1.

Police reports said before 2:00 a.m. Phelps, 29, drove 84mph down I-395 where a speed limit of 45mph should be maintained. Phelps was seen speeding and crossing double lines inside the Fort McHenry tunnel. Maryland authorities took Phelps into custody after he failed several field sobriety tests. On the same day, Phelps issued an apology statement using his twitter account. Other traffic violation charges were filed against the swimming champion, who was also arrested for a DUI 10 years ago.

Sadly, many people suffer serious injuries in accidents caused by drivers who are under the influence. If you have experienced this, compensation for damages may be won on your behalf to help you recover. Find out how the Columbia-based lawyers at the Goings Law Firm, LLC, may help you today by calling our offices at (803) 350-9230.

Authorities report after the accident that the passenger of the truck, a 25 year-old youth minister from Union, SC, was hit by another car passing on the interstate. That car did not stop, after hitting the youth minister. The driver of the pickup truck is still in serious condition at Spartanburg Regional Medical Center.

At the Goings Law Firm, LLC, our thoughts and prayers go out to the families of the victims in tragic accidents such as this. If you or a loved one has been injured or killed in a truck or auto accident, we understand the significant suffering that these tragic accidents can cause. Our Personal Injury Lawyers help prevent injuries as a result of tragic auto accidents like this by seeking punitive damages for the gross reckless and negligent conduct of other drivers. Please contact the Goings Law Firm, LLC today at (803) 350-9230 to discuss your case with us for free!