Goings Law Firm, LLC > Blog > Car Accident > What can I recover from a Motor Vehicle Collision?

What can I recover from a Motor Vehicle Collision?

What can I recover from a Motor Vehicle Collision? 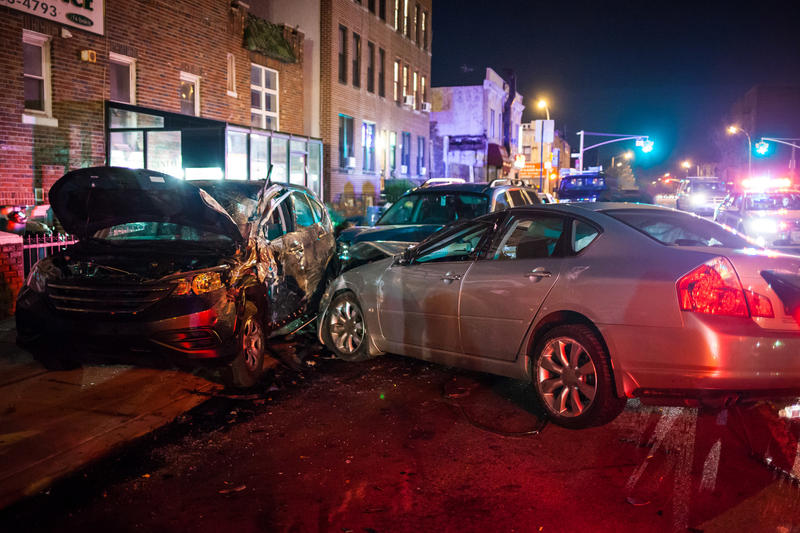 In South Carolina, the law is designed to protect a person who is injured in a car or truck accident due to the negligence or fault of another.  It is important to consult with an attorney to determine the type of losses that you may be able to compensated for following a collision.

The purpose is to compensate a victim of property damage, injuries or losses and to put the non-fault party, as near as possible, in the same position that he or she was in before the accident occurred.

The ability to recover “actual damages” is what the law permits. In other words, actual damages would be the actual losses and expenses which the plaintiff has suffered because of the at-fault driver’s negligence.

This guide explains the law in South Carolina related to the compensation you are entitled to receive following a collision.  The amount of the compensation is tied to the nature, extent and severity of the injuries and damages incurred, and often times an award can be increased if the driver was drunk, impaired, or other circumstances existed other than simple negligence.

Here is a description of the general types of damages that are recoverable in South Carolina if you are a victim of a motor vehicle collision:

A person injured in a motor vehicle accident that was caused by the negligence of another person can recover actual damages and expenses incurred as a result of the bodily harm.  The recovery is based on two types of compensation:

Economic damages are things like medical bills, lost wages, loss employment opportunities and non-economic damages would be related to pain and suffering and loss of enjoyment of life.

In determining the amount of compensation for the injuries or loss suffered as a result of a negligent driver, a determination of the amount of damages should include past, present, and future damages.

Actual damages for a person who has been physically injured include:

The recovery of damages for a person who has been physically injured include pain and suffering — both past and future — as well as mental anguish, impairment of health or physical condition, and disfigurement.

Pain and suffering compensates the injured person for physical discomfort and emotional response to the sensation of pain caused by the injury itself.  There is no definite standard by which to compensate the plaintiff for pain and suffering.

In determining the amount of compensation for personal injuries, it is proper to consider past and present aspects of the injury.  This would include physical and mental pain and suffering, expenses incurred for necessary medical treatment, loss of time and income which resulted from the impairment of the ability to work and earn a livelihood, the loss of enjoyment of life suffered as a result of the injury, and any other losses which are reflected by the character of the injury.

Very closely associated with pain and suffering and loss of enjoyment of life is recovery for mental anguish.  Mental anguish includes: mental suffering, apprehension, shock, fright, emotional upset, stress, humiliation and anxiety, and can be properly considered as an element of damages.

The amount of damages for pain and suffering, loss of enjoyment of life, and mental suffering cannot be exactly measured and is often left to the judge or jury hearing the facts of the case.

The injured party may recover for those future damages that are reasonably sure to result from the injuries.  The principle underlying compensation for future damages is that only one action can be brought and, therefore, only one recovery had.

It is proper to include in the estimate of future damages compensation for loss of capacity for work or attention to the plaintiff’s ordinary business, future medical expenses, and pain and suffering which will, with reasonable certainty, result.

If the vehicle cannot be repaired, the measure of damages would be the value of the vehicle immediately before it was struck, minus any salvage value.  This is referred to as “fair market value.”

Vehicles declared a total loss will be marked as “salvage” unless at least one of the following is true about the vehicle:

Loss of Use of a Motor Vehicle

A victim of a motor vehicle collision also may be entitled to recover for the loss of the use of a vehicle during the time that the plaintiff was unable to use it.  Actual damages for this purpose may be measured by determining what it would have cost the plaintiff to rent a similar vehicle while the plaintiff’s own vehicle was being repaired.

Punitive damages are sometimes available to a victim of a motor vehicle collision.  Punitive damages are only reserved for cases where the negligence driver was driving recklessly, under the influence, or operating with a conscious disregard for the safety of others.

Often times a court can consider awarding punitive damage if an at-fault driver violates a specific safety statute found in the South Carolina Uniform Act Regulating Traffic on Highways, as contained in S.C. Code 1976, § 56-5-10 et seq., such as running a red light or disregard of traffic signs.

As discussed below, punitive damages can be the hardest to prove so this remedy is not available in most everyday collisions.

Punitive damages are different from actual damages and are not the same as pain and suffering.  Punitive damages are intended to punish at-fault for extraordinary and outrageous misconduct and to prevent the at-fault driver and others from committing similar acts in the future.  Punitive damages can only be awarded when conduct of the at-fault driver has been something more than mere negligence.  The evidence must establish the acts or omissions giving rise to the collision were grossly negligence, reckless, or willful and wanton, meaning there was a conscious failure to exercise due care or a conscious indifference to the rights and safety of others or a reckless disregard thereof.

To support an award of punitive damages, the court requires proof by clear and convincing evidence that the conduct complained of included a consciousness of wrongdoing at the time of the conduct.

A punitive damage award imposed should take into account

Thus, any penalty imposed should bear a relationship to the nature and extent of the conduct and the harm caused, including; the compensatory damage award. Secondly, any penalty imposed should take into account, as a mitigating factor, any other penalty that may have been imposed or which may be imposed for the conduct involved, including any criminal or civil penalty or any other punitive damages award arising out of the same conduct.