Goings Law Firm, LLC > Blog > Alcohol Liability > New Years Eve is one of the most dangerous holidays for DUI crashes 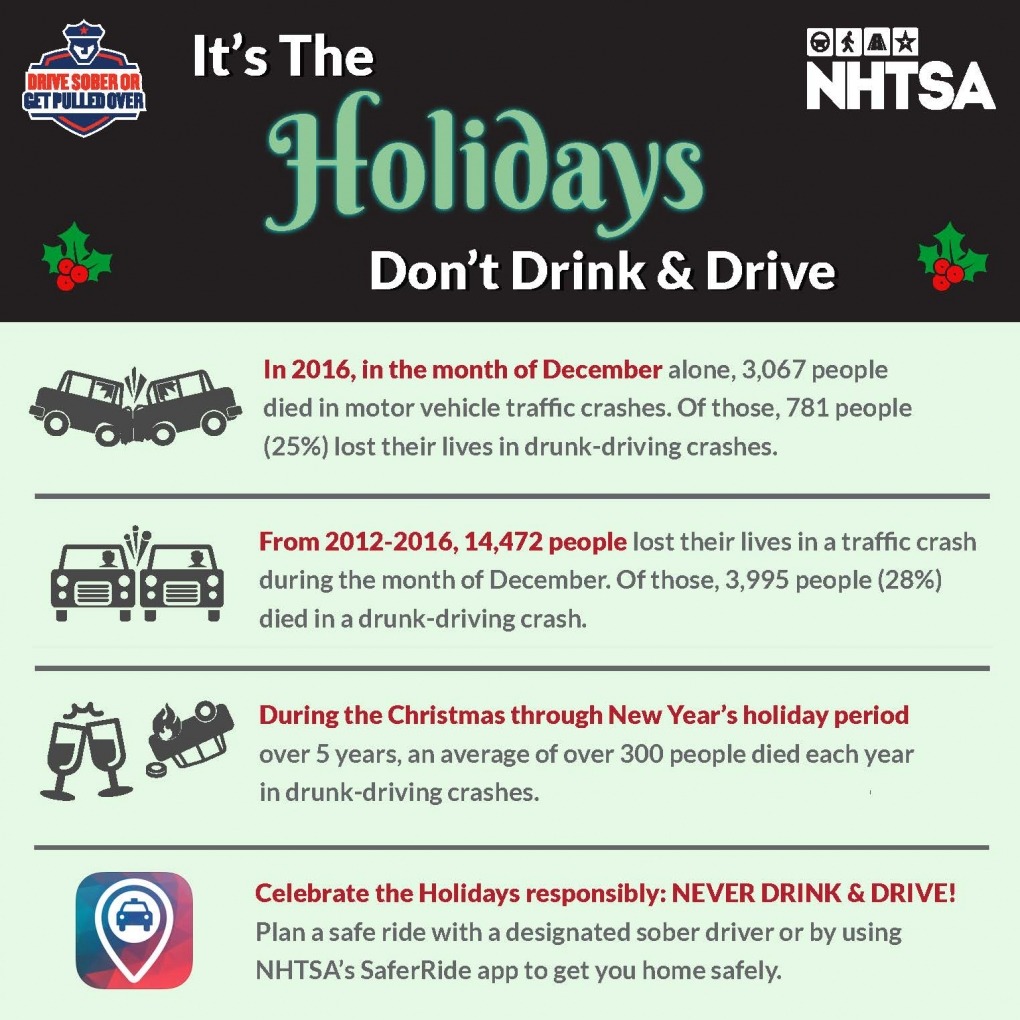 According to nationwide statistics from AAA and the National Highway Traffic Safety Administration, the odds of getting in a car accident on New Year’s Eve skyrockets because there are more drunk drivers on the road. New Year’s driving statistics from SafeAuto.com show that between 2008 and 2012, January 1st had the highest percentage of alcohol related deaths when compared to other days and holidays. During the holidays, more drivers are alcohol impaired because so many people are going to holiday parties, and drinking alcohol in excessive amounts.

Here are some statistics to keep this New Year’s Eve:

The reported crash rates in South Carolina for the last 5 years on New Years Eve and New Year’s Day is 1.25 crashes per 100,000 licensed drivers.  The statistics are as follows:

Have you been injured due to a Drunk Driver on New Year’s Day?

If you or a member of your family has been injured as a result of the reckless or drunk driving of someone on New Year’s Eve or New Year’s Day, please contact the personal injury and wrongful death attorneys at the Goings Law Firm today to learn about your rights to financial compensation.  We have the experience to fight against drunk drivers to ensure that you receive full and fair compensation.  We vigorously pursue legal action against the impaired drivers, and the bars, restaurants, and party hosts that over serve them.  Call or text us today at (803) 350-9230 for a free, no obligation consultation.

DISCLAIMER:  We are not “BILLBOARD LAWYERS” or “TV LAWYERS”.  We are real lawyers that go to court to fight for truth and justice!