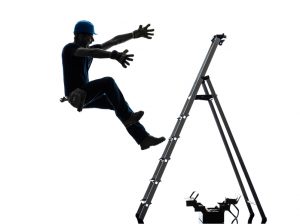 On August 9, 2017, the South Carolina Court of Appeals affirmed an Order of the Workers Compensation Commission in the matter of Sellers v. Tech Service, Inc., Op. No. 5508 (S.C. Ct. App. filed August 9, 2017) (Shearouse Adv. Sh. No. 30 at 14).  The Court of Appeals found that the injured worker, Stacey Sellers, was an employee under the Act, and not an “independent contractor” as claimed by his employer.

On November 8, 2013, Stacey Sellers fell off a ladder while performing HVAC work during the construction of a single-family home located in the Market Commons subdivision in Horry County.  Claimant injured his lower extremities, his back, and his neck as a result of the fall.  Claimant alleged that he was a long time employee of two HVAC companies, Tech Services of Myrtle Beach, LLC and/or Tech Services, Inc., and that he was working in the course and scope of his employment with one or both Tech Services entities at the time of the accident.  The Employer claimed that Mr. Sellers was an independent contractor because he obtained his own workers’ compensation insurance, was provided a Form 1099, and worked for himself on other projects.

The Court of Appeals thoroughly analyzed the facts based on the 4 factor test to determine whether an injured worker qualifies as an employee in South Carolina. “Under settled law, the determination of whether a claimant is an employee or independent contractor focuses on the issue of control, specifically whether the purported employer had the right to control the claimant in the performance of his work.”  Shatto v. McLeod Reg’l Med. Ctr., 406 S.C. 470, 475, 753 S.E.2d 416, 419 (S.C. 2013) (citations omitted).  “Under the controlling common law rubric of the right of control, the Court examines four factors which serve as a means of analyzing the work relationship as a whole: (1) direct evidence of the right or exercise of control; (2) furnishing of equipment; (3) method of payment; (4) right to fire.”  Id. (citations omitted).  As Shatto requires, these factors should be applied “in an evenhanded manner in determining whether the questioned relationship is one of employment or independent contractor.”  Id.

If you have any questions about whether you are considered an “employee” or an “independent contractor”, please give us a call so that we can help.  Unfortunately, employers and their workers compensation carriers will do anything to deny paying for benefits, even so far as to claim the you are not an employee under the law.   This is a big win for injured workers!

The Full Opinion from the South Carolina Court of Appeal can be found here: http://www.sccourts.org/opinions/HTMLFiles/COA/5508.pdf