Do you need advise in negotiating your workers’ compensation settlement? Is the Insurance Company and the employer not being fair? A proposed new law in SC may help protect you! 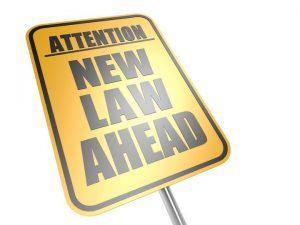 A proposed new law introduced by S.C. House Representative Beth Bernstein has been filed to help protect injured workers when negotiating workers’ compensation settlements. S.C. House Bill 3352 is designed to prevent insurance companies or employers from demanding that injuries employee are required to release other legal claims, such as employment claims (such as ADA violations, sex, age, and gender discrimination, wage disputes) and other employment related disputes as a condition to resolving a workers’ compensation claim for a work related injury. The legislation would prohibit these tactics by employers and carrier, and any such negotiations on these terms would constitute “per se bad faith.” This would be a big win for employees because insurance companies or employers attempt to hold employees “over a barrel” when negotiating settlements, and often time conditioning any workers’ compensation settlement to a full release of any and all legal rights that the employee may have against the employer.

This bill is currently in committee and if passes committee, it may be voted on by the General Assembly this year. The language of the proposed legislation, S.C. House Bill 3352, states:

Be it enacted by the General Assembly of the State of South Carolina:

(2)    claims for disability and other forms of discrimination or harassment under applicable state or federal antidiscrimination and civil rights laws, claims for retaliation or discrimination under the workers’ compensation law, torts of any kind, including, but not limited to, misrepresentation, negligent or otherwise, fraud, defamation, liable, battery, assault, slander, claims for intentional or negligent infliction of emotional distress, interference with an advantageous business relationship, negligent hiring, negligent retention, interference with contractual relations, breach of covenant of good faith and fair dealing, termination of employment in violation of public policy, breach of employment contract, expressed or implied, nonpayment of wages, overtime, bonus, or other compensation or benefits, or invasion of privacy;

(3)    claims or rights under state and federal whistleblower legislation; and

(4)    other claims, losses, injuries, or damages resulting from, arising out of, or connected directly or indirectly with the employment with the employer including, but not limited to, claims for damages, salary, wages, compensation, monetary relief, employment benefits including, but not limited to, any claims for benefits under an employee benefit plan or any retirement plan, profit sharing, capital stock, bonuses, merit and longevity increases, and all other benefits of any kind, earnings, back pay, front pay, liquidated and other damages, compensatory damages, punitive damages, damages to character, damage to reputation, emotional distress, mental distress, depression, injury, impairment in locating employment, financial loss, home foreclosure, pain and suffering, being made whole, injunctive and declaratory relief, interest, or attorney’s fees and costs arising from the injured employee’s employment.

(B)    The offer of a settlement agreement as to compensation that includes any of the prohibited dismissal, release, or discharge conditions enumerated in subsection (A) constitutes bad faith per se.”

SECTION    2.    This act takes effect upon approval by the Governor.

Do you need help negotiating a workers’ compensation settlement?  We know how to help in order to make sure you receive all the compensation that you are entitled under the law.  Don’t let the insurance company get over on you– hire an experienced lawyer who can help you today!