Workers Comp: What if I can’t return to work?

Workers Comp: What if I can’t return to work?

A common question we get is “What happens if I cannot return to work due to my work injury.”  The fear of not being able to return to work is a real concern if you have been involved in a work related injury.  Often we counsel with people who have given their best years to an employer only to end up with a debilitating injury caused by their work.  Like any hard working individual, they are concerned with their ability to recover and get back to work as quickly as possible.  Unfortunately, many individuals suffer injuries so bad that they are no longer able to meet the work requirements of their job.  Sometimes these injured workers are ill informed that their injury is limited to a recovery solely based on the injured body part.  The insurance company, or its attorney, will try to hurriedly rush an injured worker into a settlement that neither represents the fully injured body part or takes into account their inability to return back to work.  Many injured workers will reluctantly accept a quick settlement only to find out they don’t have a job to be able to return to and can’t support their family.

Fortunately, the South Carolina Workers Compensation Laws provide a mechanism where injured workers can receive an award to address their inability to return to their job instead of just the injured body part.  To be eligible for wage loss the worker must be able to demonstrate they meet the necessary elements of a wage loss claim.  If left to handle these complicated issues by themselves, injured workers may end up without the benefit of the law, or worse miss the requirements to be eligible for wage loss recovery.  At the Goings Law Firm we routinely assist injured workers to determine if they may be eligible for a wage loss recovery.   To determine if you need help with a workers’ compensation injury contact Attorney and Workers’ Compensation Managing Partner Christian E. Boesl with the Goings Law Firm.  Let us help you get the medical treatment you deserve to back to work, or get the money you are entitled to receive if you are unable to return to your job.

Welcome to WordPress. This is your first post. Edit or delete it, then start writing!

What are the 10 most dangerous intersections in Columbia?

In this study, the State Newspaper also analyzed the most dangerous intersections based on reports of collisions that occurred in Columbia and Richland County during 2016.  The data was obtained from incident investigated by the Columbia Police Department and S.C. Highway Patrol.

The State compiled the following list of intersections in Columbia and Richland County with the highest number of crashes:

JUST OUTSIDE COLUMBIA IN RICHLAND COUNTY 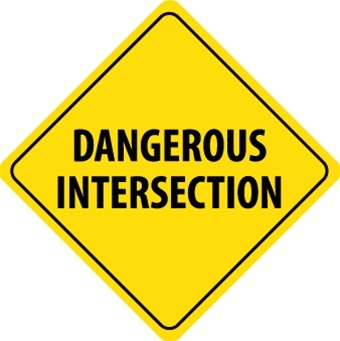 Please contact us today if you were injured in a collision in Columbia or its surrounding counties in South Carolina.  Many of the cases that we handle have involved collisions in the dangerous intersections that are listed in this study.  We offer compassion, aggressive, and experienced representation to victims of car and truck accidents — call us at 803-350-9230 today for a free consultation.

Wall Street 24/7 has released its latest study of United States Roadways, ranking the safest and most unsafe by state.   In ranking the safest and most dangerous states to drive in the United States, data of roadway fatalities from the Insurance Institute for Highway Safety and the Federal Highway Administration was reviewed.  The state with the safest roads was Rhode Island.  The state with the most unsafe road was Mississippi.  Surprisingly, 9 of the 10 safest states were in the Northeast.  Six of the top ten worst regionally fall in the Southeast with South Carolina coming in this year’s survey as the 3rd worst state for roadway safety.  As the number 3 dangerous state, South Carolina has the following statistics:

If you or a loved one have been injured or suffered death as as result of a collision in South Carolina, you need to hire an honest, aggressive, and experienced attorney that can help you get the compensation that you deserve.  You need a Real Lawyer, with Real Results. Contact the Goings Law Firm today at 803-350-9230 to see how we can help you.

We find that car collision are often caused by drivers who are breaking the speed limit or driving too fast for conditions. Unfortunately, there are a lot of car accidents in Columbia, South Carolina, and a new study may explain why: Columbia drivers are heavy-footed Speeders! 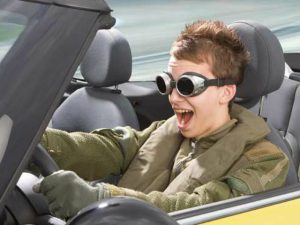 A new study ranks drivers in Columbia, South Carolina as among the fastest drivers in the United States. Columbia ranked 6th in the top 25, with drivers who break the speed limit. Charleston ranked 9th and Greenville, SC ranked 11th in the study. The study was published by QuoteWizard, an online insurance comparison website. QuoteWizard analyzed self-reported data from users on driving infractions, which includes speeding tickets. These rankings are based on over one million data points on speeding infractions from 2017. Cities ranked ‘speediest’ have the highest rate of speeding tickets per driver. A more detailed look at the study can be found here: more detailed looks at the fastest specific markets is available here: https://quotewizard.com/news/posts/fastest-driving-cities-2018

From faster to slower, these are the top 25 fastest driving cities in the US:

The Story Behind Our Historical Home 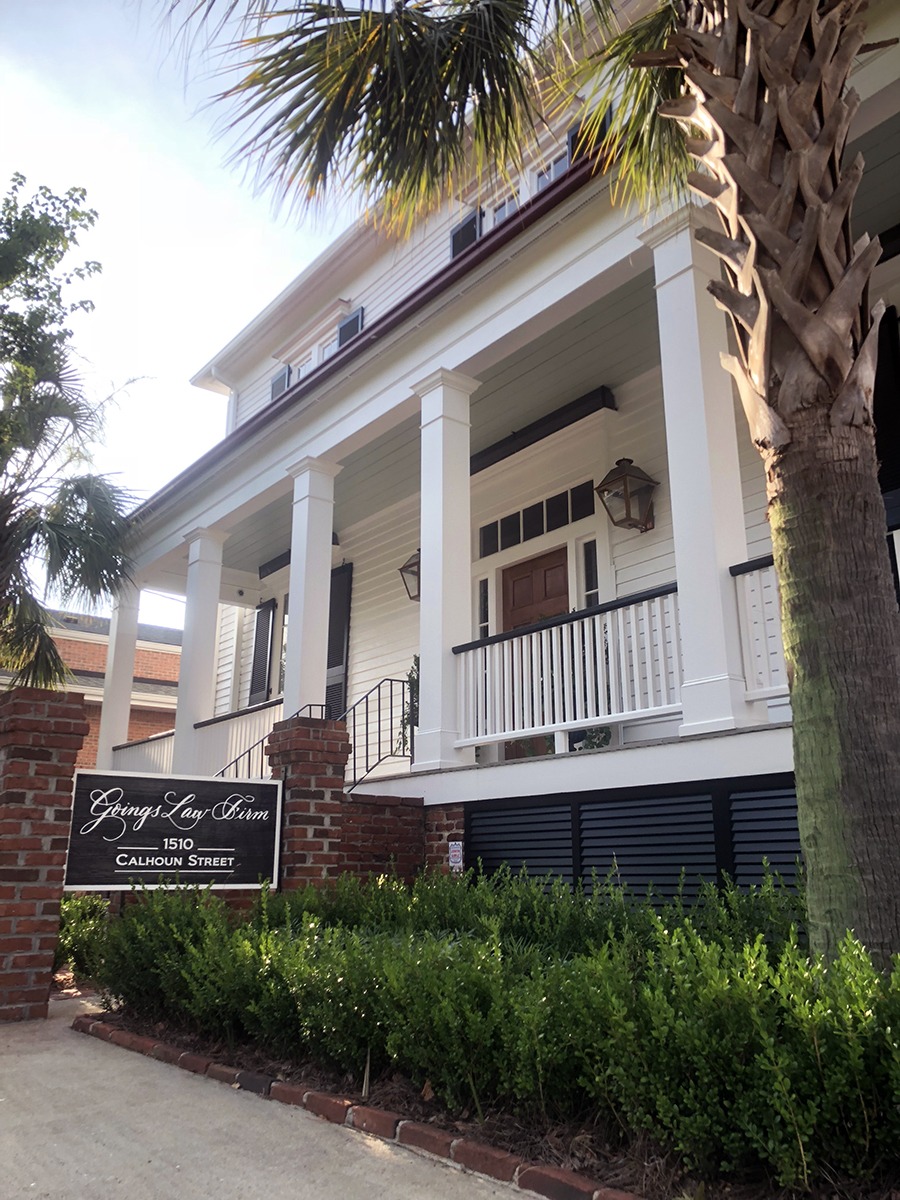 Can you believe that we’ve already been in our new location on Calhoun Street in downtown Columbia for over a year? Our new location has been wonderful—we love everything about the new-to-us house that our firm’s office is located in.

The house that we’re in is a historical home that was built in the mid-1800s, prior to the start of the Civil War. It was originally built on the grounds of the mental health asylum here in town and in 1982, was moved to its present location on Calhoun Street. Our historical home has a sister structure that was built at the same time and was also moved to Calhoun Street in the 1980s. Both structures resemble one another—they are two-story rectangular clapboard buildings with metal roofs, full front porches, and multi-paned wooden windows.

When we were working towards making the historical home our perfect office location, we rehabilitated the home only as needed without replacing any of the original features. There was so much history and charm to be found in the house and we did not want to ruin or take away any of it. We prepped and painted the building, repaired some of the rotting and deteriorated trim and features with like materials, and fixed up the front porch.

As we’ve heard told, the homes were originally built for two sisters by their father, who ended up becoming a Confederate General in the Civil War. When General Lee and his troops came to Columbia during the Civil War, we’ve been told that the troops shot at a portrait of the Confederate General that they found hanging over the fireplace and that the bullets are still lodged in the fireplace today. We love the history found in our office! 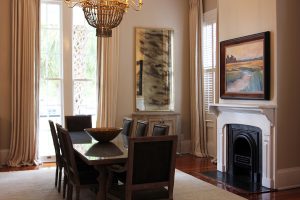 This stately home has been a great location for our team to practice out of—it has plenty of room for everyone on our team and since we all love history (especially South Carolina history!), it was a perfect fit for us. Each day, we make the space a little bit more of our own. Have you been to see us yet in our new location? We’d love to give you a tour and tell you more about it the next time that you drop by for an appointment!